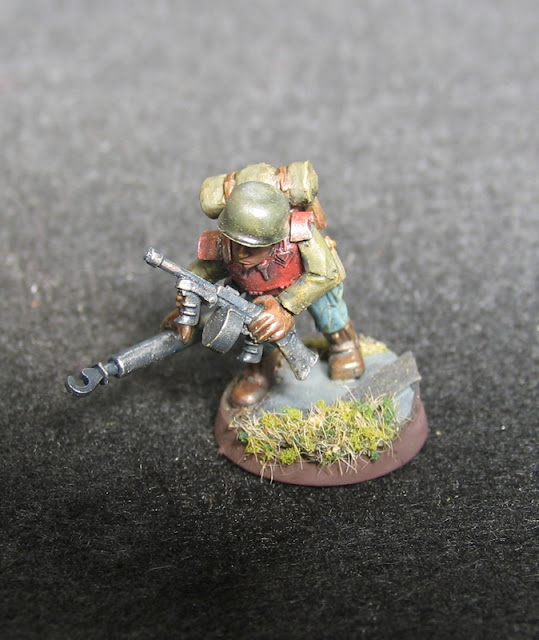 This soldier, pictured carrying a Kt-Type Three Meter Extension Joist, wears the distinctive armor of a Scaffold Laborer Class II. His specific Company is impossible to determine from this visual reference, as the ceremonial gloves normally afforded to this rank have been replaced in the field by more functional mitts cut and sewn from hide.

The ornate gloves worn by Scaffoldsmen are important element of their dress uniform, and will contain an elaborate telling of the soldiers service record and unit history in fine detailed embroidery. Such gloves are highly prized by collectors and historians alike.

Probably late 700s, likely the voyage of the Cavity Rona around 780.
Third decade.

Leave me a note.

slovak
This is a photo-blog about the army of little plastic soldiers that occupy my studio. The army is called the 302nd Wasteland Reconnaissance, and I assemble and paint them as playing pieces in a miniature wargame. At least that's how it started, though the project has taken on its own dimensions. I build and build. At times it seems both sculptural, and compulsive. At times it feels endless.

Other Blogs of Note